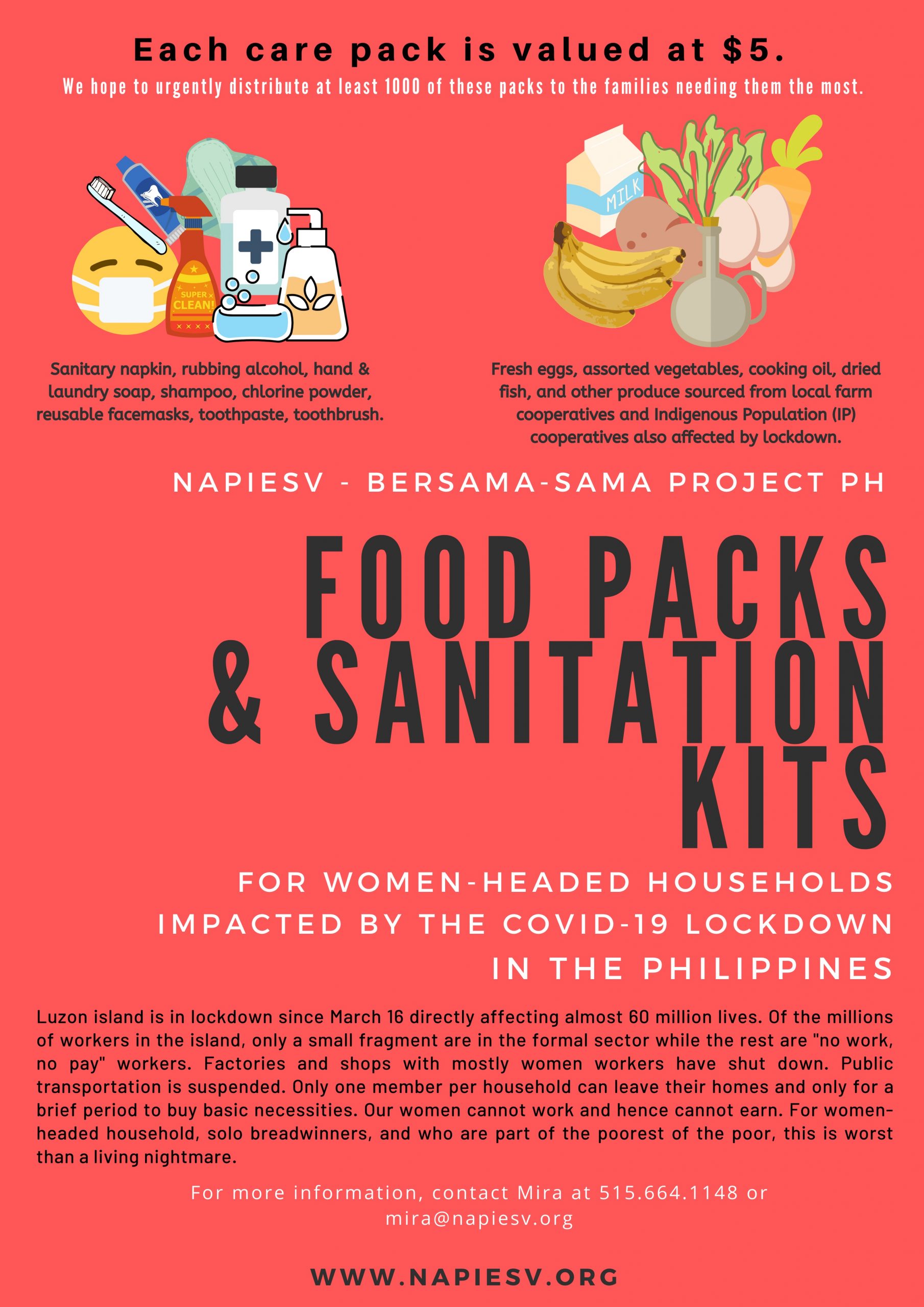 On March 15th, the Philippine administration began a 30-day “community quarantine” of Metro Manila and suspended all domestic air, land, and sea access to the National Capital Region (NCR).   Police and military checkpoints were set up to block entry points to the NCR.  The lockdown was then extended to the whole island of Luzon impacting the lives of over 53 million Filipinos.[1]  The movement of individuals was limited where only one officially designated person per household is allowed to leave their homes for a brief period and only to purchase food and other basic necessities. All forms of public transportation became unavailable. Many workers, including health workers and those exempted by the national government had to walk to work, many of whom are women. Women’s safety has become a major concern as a result of this “community quarantine” because of the historical prevalence of members of the military and the police sexually harassing vulnerable women.

The lockdown has exacerbated many workers’ struggles to find the money to feed their families. The workplaces of tens of thousands of people have been closed down temporarily, especially those in industries where women make up the majority of workers, such as garment and semiconductor factories. It has particularly affected workers who are part of the informal economy, such as jeepney and tricycle drivers; vegetable and fruit sellers; and food vendors who won’t be able to feed their family if they are unable to go out and work even for a day. A jeepney driver who was interviewed summed up the situation as “mahirap ang maging mahirap,” meaning “it is difficult to be poor.”

Individuals and families of those who are in the sex trade have also been affected, as hundreds of the entertainment centers in Angeles City where the women were working have closed due to the lockdown.  A 2019 Washington Post news report estimated that there are “more than 9,000 registered ‘entertainers’ in the city while unregistered, freelance sex workers and trafficking victims abound.”[2]

We need your help!

NAPIESV’s Philippines team, based in Pampanga and the NCR, is raising money to distribute food and sanitation packages to women who are heads of households and most affected by COVID-19.  Each household will be given food and a sanitation kit, each valued at $5. NAPIESV will source vegetables for this effort from farmers and indigenous peoples’ cooperatives who are unable to sell their produce because of the lockdown.  We need to raise $10,000 to assist 1,000 families.  You can donate at https://www.facebook.com/donate/250192489346978/